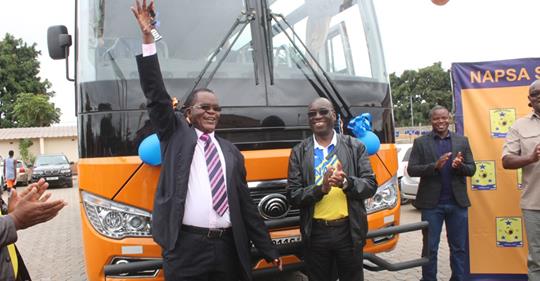 Speaking during the handover ceremony at the NAPSA Sports Complex, Mr.Kachinda challenged the team to contest for honours in the 2019 season adding that management will provide support where possible. He urged the team to win the league this coming season.

In his vote of thanks, Team Captain Dickson Chapa promised the Director General of a better performance from the team in the coming season.“We just want to say thank you for the support and we promise to fight
for the league title this coming season,” Chapa said.

K
The minimum salary is K15